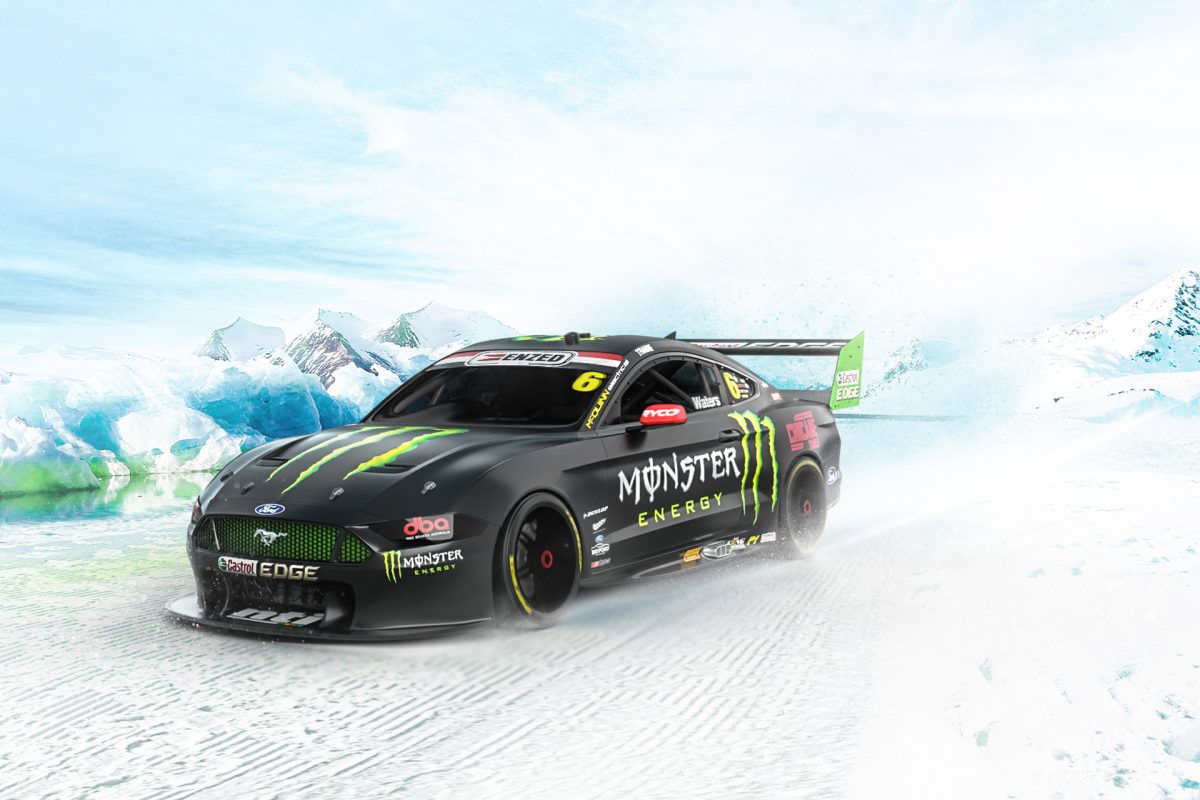 Cam Waters enters the 2021 Supercars season armed with a new Ford Mustang Supercar retaining Monster Energy’s iconic satin black and lime green colours synonymous with the global energy drink giant, and is ready to tackle the new season ahead. Season 2020 was labelled by many in the Supercars paddock as a “coming of age” for the 26-year old, who scored a career-best nine podiums, including a win at Tailem Bend, broke the Mount Panorama lap record to take pole at the Bathurst 1000, and vaulted to second in the drivers’ championship with a runner-up finish in the Great Race. Waters will be armed with a new chassis for the 2021 season, in which he completed a faultless shakedown in December.

“It’s awesome to have the support of Monster Energy for a sixth season,” Waters said. “They’ve been massive supporters of my career, as have Enzed, Castrol, McQuinn Electrical, and others, so it’s great to have their continued support and also have a number of new partners join the team. It’s the toughest looking car on the grid, and by the end of last year it was one of the fastest, so we’re definitely looking to pick up where we left off in 2020. We shook down the new chassis just before Christmas and it ran perfectly, so hopefully that’s a sign of things to come and we can build on the momentum we finished last season with.”

The 2021 Supercars season begins February 26-28 at the Mount Panorama 500, preceded by a pre-season test day at Winton Motor Raceway on February 16.

Four Mustangs for Tickford at The Bend